Barefoot Institute > Who We Are 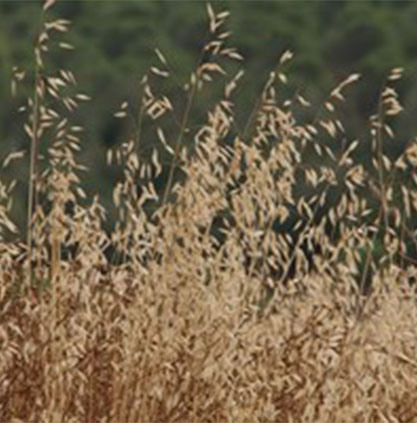 Consent’s mission is to Prevent, Educate and Eradicate Forced Marriage and Domestic Abuse.

Whilst the majority of Domestic Violence and Forced Marriage related charities offer support and solace to victims; Consent’s vision is to Prevent, Educate and eventually Eradicate the inexcusable social injustices found in some of our homes.

Consent will work with grass root communities and institutions across the UK through the following activities:

We will focus on combating Domestic Abuse and Forced marriages in the Muslim community. We will promote and encourage healthy attitudes to Family and Relationship and Love and Sex through better Education and Awareness. We cannot do this alone and need your help to put an end to these terrible practices.

Barefoot campaigns are led by a number prominent community leaders and activists including:

Ajmal Masroor –Ajmal Masroor is a trained relationship counsellor and co-founder of The Barefoot Institute. As a London based Imam, he studied various Islamic disciplines in Islamic schools in his early years with a multitude of prominent scholars both in the UK and abroad. He has completed an MA in Islamic Studies. Ajmal is dedicated to tackling the issues of Forced Marriage, Domestic Abuse and educating the Muslim community on attitudes to relationships. He provides consultancy and support to media and various government agencies on Muslim issues. Ajmal is a broadcaster and regular contributor on national radio and TV programmes, and presents his own programme on the Islam Channel and Channel S.

Saleha Islam- Is part of the Consent team at the Barefoot leading on training and resources. Currently works as a Senior Consultant at NSPCC Safeguarding in Education Service and has extensive experience of working with young people at the grass root. She has worked in social services, family services and as a counsellor. Saleha has extensive experience in working to safeguard people especially vulnerable members of the society. He has tirelessly campaigned against Domestic Abuse of all form and is strongly committed to ensuring the rights on individuals to have the right to choose their life partner.

Rahima Begum- Is part of the Consent campaign team and a champion. Founder and Co-Director at the ground breaking and one of the most creative young people led charity called the RestlessBeings. She is an illustrator and successful artist whose creativity has brought joy to many people. She has worked extremely hard to providing protection and safeguarding young orphans in developing world. She has campaigned against sexual violence, rape and abduction of street children in Bangladesh and abused women in central Asian countries.

Fahmida Hussain- Fahmida is Campaigns Manager at The Barefoot Institute and currently leads Consent. She graduated in History at the School of Oriental and African Studies (SOAS) and has held various positions such as Head of Schools Department at The Young Muslims UK and has worked with several small charities and academic societies.

At Consent, we have a team of dedicated advisors who partake in strategic planning and who also set goals and targets for our campaigns. We rely on our advisors to scrutinise the correlation between the work we do and our aims and objectives. Our advisors have a strong interest in the areas we work in and respect the ethos of The Barefoot Institute; if you would like any more information please contact: consent@barefootinstitute.com

Consent is supported by several remarkable individuals who actively engage with our work in the public sphere and echo our mission in various events and media statements. Our champions have a strong commitment to the issues facing Muslim families and have vast experiences in engaging with the community. We train our champions to effectively raise awareness and fight against domestic abuse and forced marriages to the public.

If you are interested in championing our campaigns to your community please send us your CV to consent@barefootinstitute.com

We use cookies on our website to give you the most relevant experience by remembering your preferences and repeat visits. By clicking “Accept”, you consent to the use of ALL the cookies.
Cookie settingsACCEPT
Manage consent

This website uses cookies to improve your experience while you navigate through the website. Out of these, the cookies that are categorized as necessary are stored on your browser as they are essential for the working of basic functionalities of the website. We also use third-party cookies that help us analyze and understand how you use this website. These cookies will be stored in your browser only with your consent. You also have the option to opt-out of these cookies. But opting out of some of these cookies may affect your browsing experience.
Necessary Always Enabled
Necessary cookies are absolutely essential for the website to function properly. This category only includes cookies that ensures basic functionalities and security features of the website. These cookies do not store any personal information.
Non-necessary
Any cookies that may not be particularly necessary for the website to function and is used specifically to collect user personal data via analytics, ads, other embedded contents are termed as non-necessary cookies. It is mandatory to procure user consent prior to running these cookies on your website.
SAVE & ACCEPT